Be it sailing into or out of, Boston Harbor was just beautiful. Thanks to the residue of Super-Storm Sandy we overnighted in Boston harbor, sailing out mid-morning the following day. It was just glorious.

We set-up deck chairs at the very back of the ship, the children were in  Kids Club and we had our bucket of Corona’s on ice which we shared with the Texas couple beside us. It was a wonderful departure!

As we walked off the ship, it was apparent we’d underestimated the city’s beauty so once we done what we needed we took a City Tram Tour in order to see and to learn as much as possible.

Of course now that we’re home and we’ve looked at our photos that house where President Kennedy’s mother lived and, and, and are all  but a blur but at least I know which way to the Boston Tea Party!

Check out this painting on the side of one of the buildings. 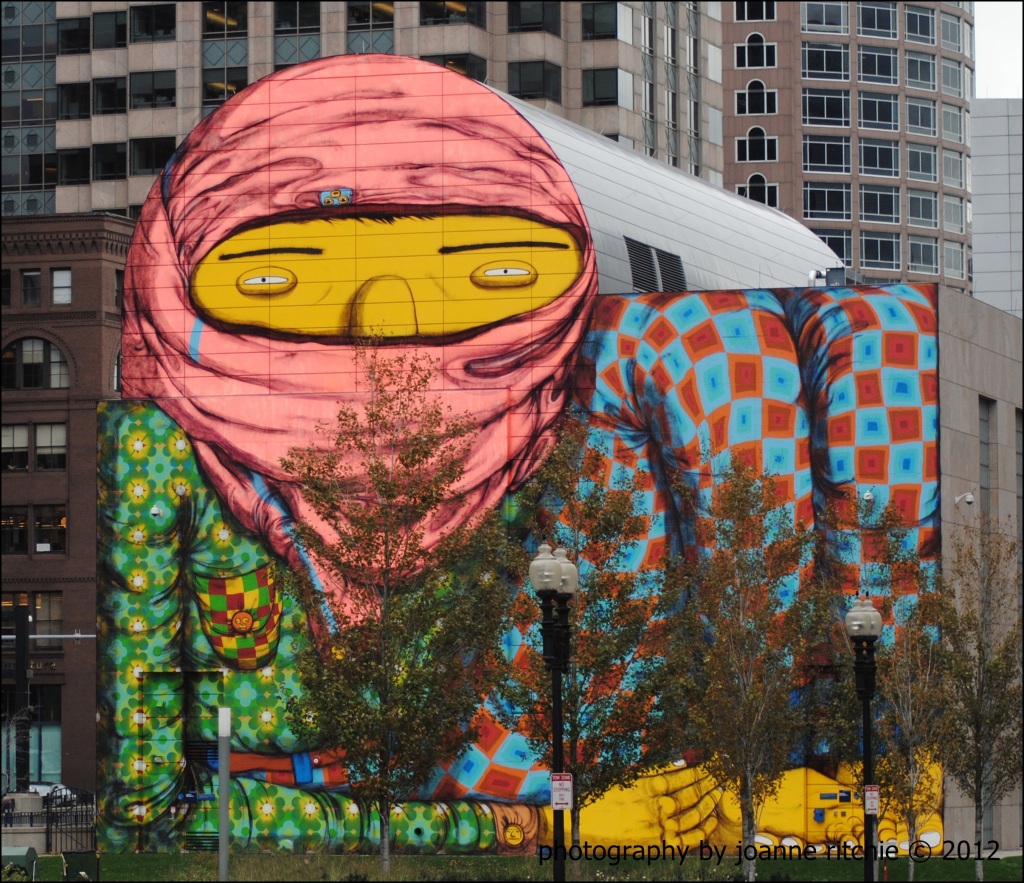 This Memorial to Robert Gould Shaw and the Massachusetts Fifty-Fourth Regiment is a magnificent bronze sculpture located on Boston Common. It’s said to depict the 54th Regiment marching down Beacon Street in 1863. 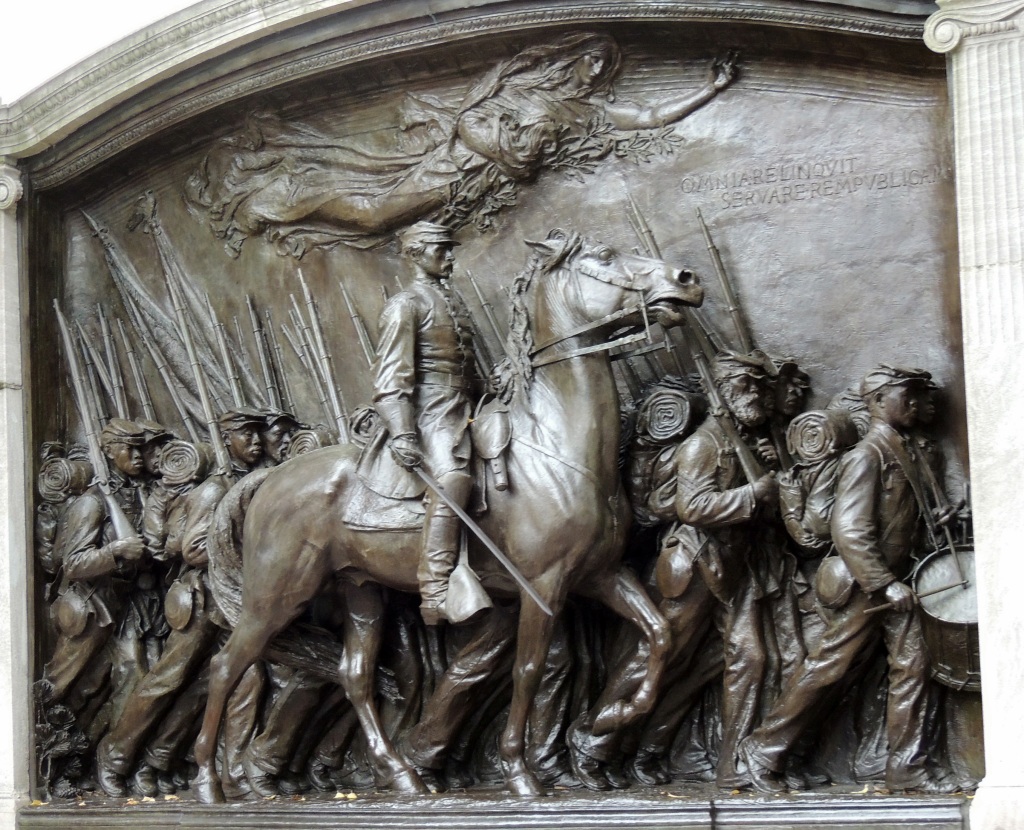 We found some of the shop fronts EXTREMELY clever!

As we waited for our shuttle back to the bus it was apparent that Super-storm Sandy was still hanging around. 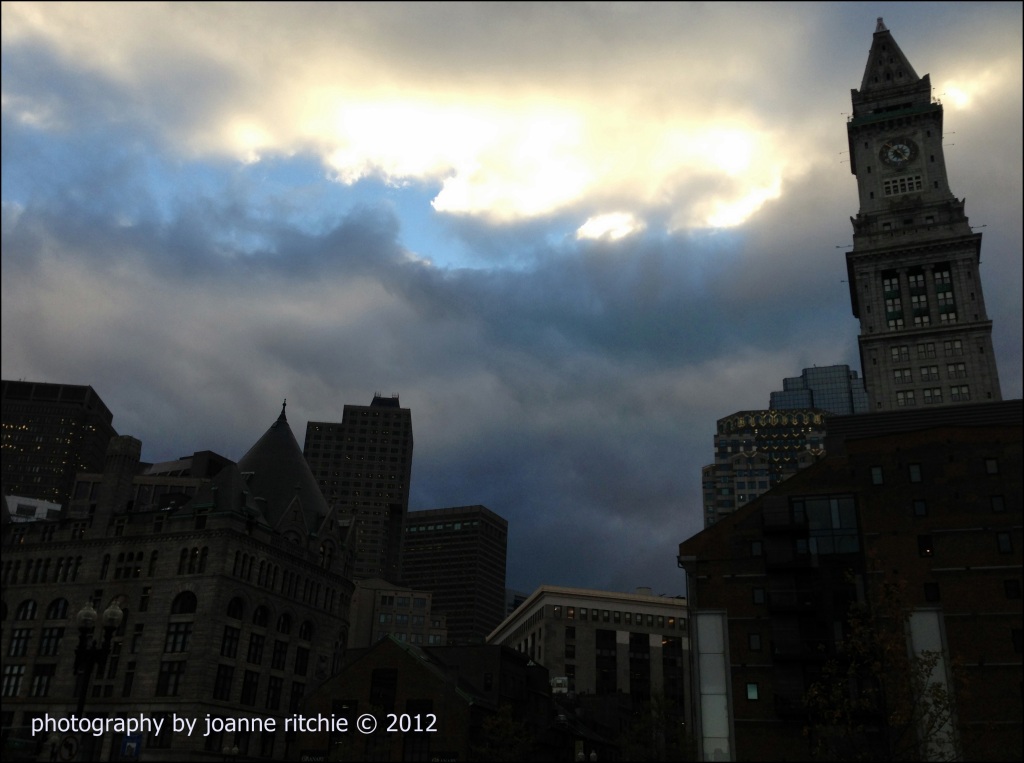 Unfortunately we didn’t know we were spending the night in port until we were back on board ship, having spent over an hour stuck in traffic due to an accident in one of the tunnels that divert traffic under the city. If we’d known about staying the night we would have caught a train down to Salem as it was Halloween. Next time!