This was one of those moments where you want to cram as much into a photo that you possibly can but are very limited with time and ability. We were walking out of Macy’s in New York when something was flying past the Empire State Building.

The moon was close by also, then as I was framing the photo I could see the American flags in the corner (our last night of a week there and I only just notice them!). Photographically it’s not great, but memory wise, it’s perfect for me!

Night is this week’s One Word Photo Challenge word from Jennifer at Jennifer Nichole Wells. Drop by for a visit if you haven’t already done so as there’s still a few more challenge words for this year!

As if going to the top of the Empire State Building wasn’t fabulous enough, as I stood admiring the view, in flew a pigeon!

Oddly though, it was only myself and a fifteen year old with her smart phone that were excited by this visitor.

The pigeon didn’t stay long however; I managed only one photo before it flew off into the distance. There wasn’t even time enough to ask… “mum, how much longer?”

Earlier in the week I received an email containing iconic photographs of the last century. Some photos were incredible; others a tad dubious.

One however particularly interested me given our recent vacation to New York City – it was the view from the Empire State Building the day it opened back in 1931.

And this is my photograph of the view from the Empire State Building, Boxing Day 2014 – the same yet different!

If you thought the crowds at the Boxing Day sales were bad, you should have seen the lines at the Empire State Building. My GOSH they were long. I have never been so grateful for fast track tickets in all my life.

We actually waited longer for Hubby to go back to the hotel to get the tickets (he’d inadvertently brought the previous day’s lunch reservation) then we did in the all the lines up to, and including, Floor 102!

As we skipped each queue we could feel the daggers gouging into our backs whilst hearing that familiar tune… “mum, how much longer?”

I forgot to mention that my visiting Niagara Falls was something that has been on my Bucket List since my first visit to Canada last century when instead of seeing Niagara Falls I bought a really nice suede coat (which was absolutely useless in Queensland but did I say, it was really nice!).

Just so happens on that same visit to Canada I took a long week-end trip down to New York but I hadn’t appreciated at the time that this trip coincided with George Washington’s birthday hence the city was deserted so the much longed helicopter ride I’d hoped for couldn’t happen. How different things were 20+ years ago!

This wasn’t the case this time though as we’d no sooner flown into New York this afternoon, checked into our hotel then we were flagging down a cab and making our way down to Pier 6 where we had lift off! 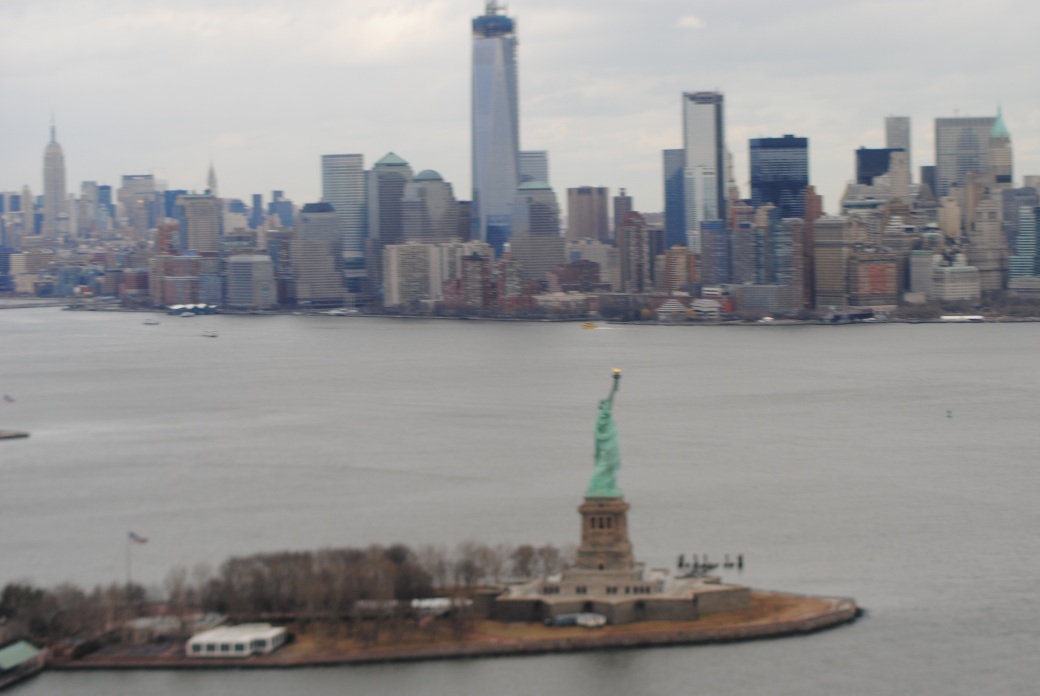 Thanks to Frankenstorm Sandy, Liberty was closed to the public but thankfully this helicopter ride managed to get us up close and personal. Miss Nine is still blown away with the knowledge she acquired of Liberty’s flame being 24K gold! 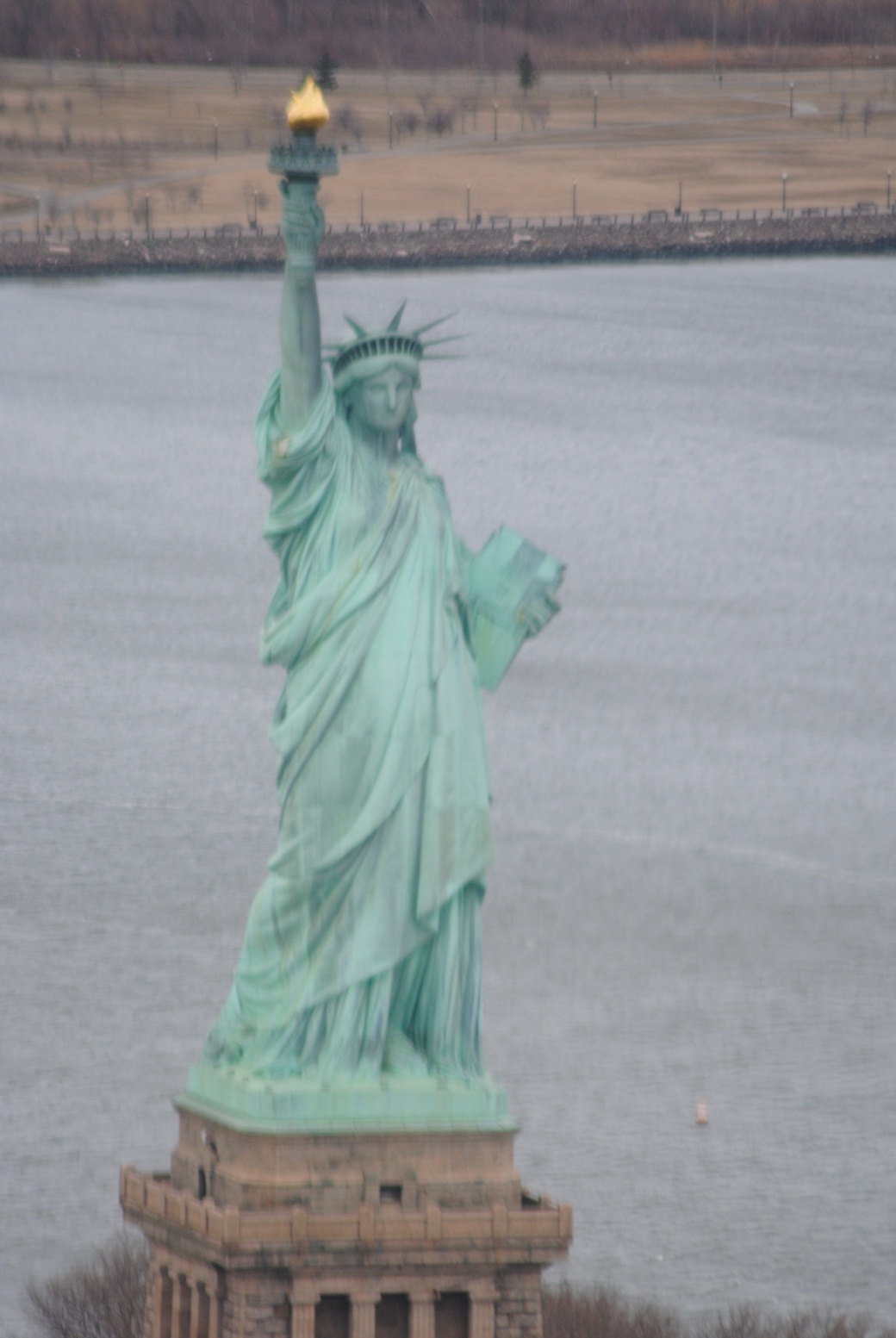 An artistic approach of the Freedom Tower overlooking this amazing city!

Seriously though, just how many million live in this city? When we flew in at lunch time, Master Eleven and I likened the city to a Lego City!

And the cherry on the cake of New York City… Yankee Stadium which oddly didn’t have a welcome sign up for the Ritchie Rabble… bizarre! 🙂

This was such an amazing introduction to NYC that we almost forgot why we booked the particular hotel that we did. This was why, the view out of our window…

The Empire State Building in all its moonlit glory… simply incredible. I can’t help myself but keep looking out the window at this majestic sight. The children on the other-hand… “mum, how much longer?”