With FRESH as this week’s challenge word from Nancy Merrill Photography, I couldn’t resist the opportunity to share another photo from last week’s fresh snowfall. Note: Snowfall here is a rarity in the last quarter-century.

The reflection of the pier lights in the harbour behind us created the most glorious background for our neighbour’s tree which, for me, was perfectly coated in just the right amount of snow!

How glorious it was to wake up to a world covered in a dusting of snow yesterday. It was nothing quite like the epic six-foot we had in one 24-hour period in Kitimat last February but we didn’t care. It was snow!

We had the beauty of a fresh snowfall without any of the shovelling or worry. It really was quite delightful having the opportunity to simply sit back in the lounge chair appreciating the beauty surrounding us before it disappeared.

The first day of fall and how apt is that terminology as we’ve already had our first SNOW FALL for the year… woo hoo!

Granted the snow is only on my mountain peak but it’s SNOW. Oh yes, I am SO doing the happy dance right now!!! 🙂

This was the Color of Winter before our Snowstorm of the Century.

AFTER our snowstorm this was the Color of Winter.

Hmmm, even I have to admit I much prefer the Color of Winter before the snowstorm but as to when I’ll see them looking like this again…  “mum, how much longer?”

What a WONDERFUL surprise it was yesterday afternoon to look out my kitchen window to see FRESH SNOW upon Mount Elizabeth!

The really ODD thing about this was that Master Thirteen, from the moment he opened his eyes yesterday kept saying it had snowed.

Yet with nothing to be seen on the lawn and low clouds preventing viewing of anything but the neighboring houses, all we could do was what all good family members do… laughed at him. Then this!

Not quite Frosty the Snowman time but… “mum, how much longer?”

The calendar today says it’s “First Day of Spring Equinox” – which obviously doesn’t mean Spring judging by the fresh snow out on the nearby hills. Then again if there are Spring Showers why can’t there be Spring Snow?!

There might be fresh snow on the hills but every few days there is the very distinctive sound of Spring returning – geese flying over-head!

So many people I know are looking out their windows, longing for the return of Spring which will quickly turn to Summer, but not I. Winter, you are always welcome at this house but… “mum, how much longer?”

For the longest time I’ve been wanting to achieve “the” photo of snow on a Cedar Tree branch complete with cones and last week I was so SO close, lol! 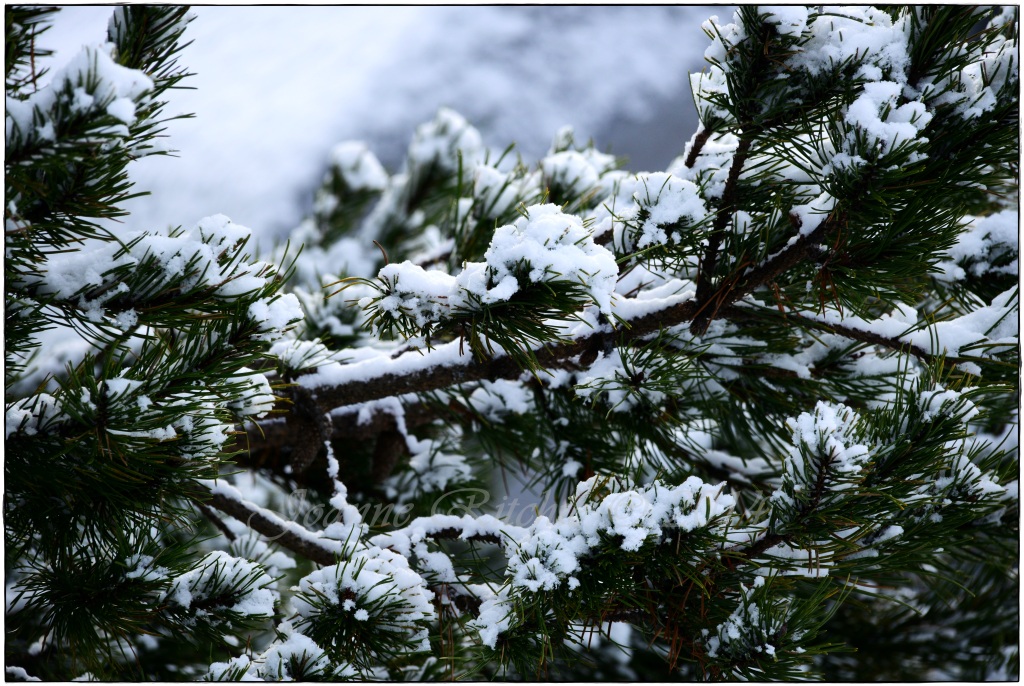 If only there’d been a Snow Sparrow it would have been perfect but with falling snowflakes it was just as good… well I think so anyways! 🙂

The one benefit of sudden overnight temperatures is that any snow remaining on the trees, remains but… “mum, how much longer?”

Driving around Terrace last week-end, the clouds would occasionally part allowing the sun to shine through, treating us to this most beautiful scene. The snow-capped mountains in the distance were just glorious.

Yet, as I attempted to capture this moment, Mother Nature was only too eager to remind me how quickly it can change. Within minutes of this first capture the clouds, like fingers across my lens, began their slow return.

This “now you see it, now you don’t” attitude from Mother Nature explains why I’m often left asking… “mum, how much longer?”

There is nothing more frustrating than looking out the window and seeing not just fresh snow on the distance mountains but what appears to be quite HEAVY snow.

Come on, just give me one seriously big dump of snow then who knows, maybe I’ll stop ranting and questioning… “mum, how much bloody longer?”

Every now and then, although not as frequently as one would like, the fog will lift from the valley outside my kitchen window, revealing a layer of pristine white snow.

Not so much that it creates a blanket, not so little it appears simply to be a dusting, but just enough so that when the sun breaks through the clouds it’s as if a spotlight has been shone on Mother’s Natures handiwork.

Then again, a friggin’ big dump of snow totally obliterating EVERYTHING would be good considering the scant snow season we’ve had, lol! Seriously though… “mum, how much longer?”