Even now, this image of abstract artwork on one of our visits to Seyðisfjörður, East Iceland still intrigues me. It’s almost as if one piece of this iron is keeping the mountain at bay whilst another piece is stretching to protect the church from it.

This small township was an hour’s drive from our home in Reyðarfjörður. It was one of those drives that always felt as if it was taking longer then it was due to the fact you had to drive down the steepest, twisty road into it.

This image felt ideal for the Daily Post Weekly Photo Challenge this week of… Scale.  Like everything in life, it’s where you stand that creates “your” perspective of what’s around you.

Now the snow has settled after our record snowfall over the week-end, the scene outside doesn’t look that different to our previous winters. Birds are chirping, children are playing, lol!

What you can’t truly appreciate however is how we went from grass on Thursday to this on Saturday, receiving TWO METERS of snow in just TWO DAYS. This is just a small part of our front yard which is level to the road! 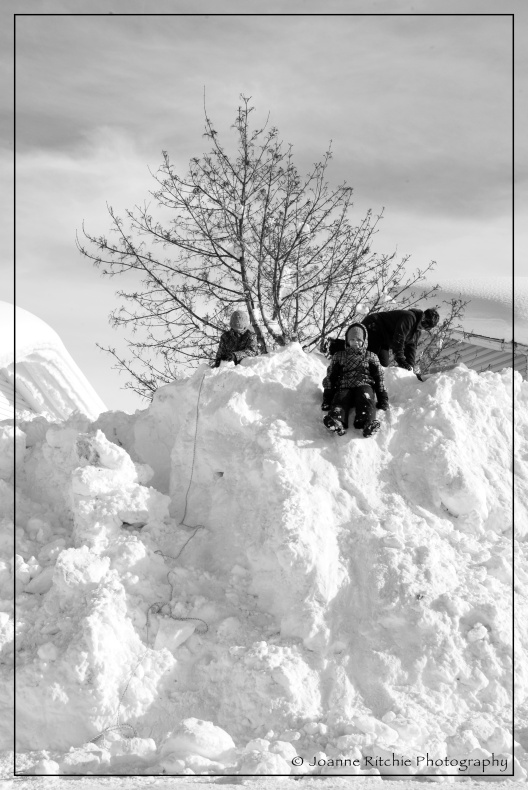 Imagine an ENTIRE town having to cope with such a colossal amount of snow in such a short period of time, especially with the power being out. We only went without power for maybe 28 hours; some were without power for three days!

The sheer magnitude of snow having to be moved from not only our street, but from parking lots, driveways, rooftops, boats, and even trees as quickly as possible was, and still is, mind-boggling.

The SCALE of this never having been seen by many of us before, and likely never to be experienced again. We were some of the fortunate ones but for many, MANY others the question being asked repeatedly was… “mum, how much longer?”