Today Was a Good Day is this week’s challenge from the Daily Post and looking out my kitchen window this morning, I am already declaring exactly that!

As the sun rose behind my mountain, the clouds were continually moving, constantly changing it’s appearance. As the mountain peak became visible, flocks of seagulls began flying past, heading down towards the nearby river.

Yep, definitely no argument here. It may only be 7.30 in the morning but after viewing this incredible sight from Mother Nature herself, it will be enough to sustain me until bedtime. Today was indeed a Good Day!

For the last few weeks I’ve slowly been getting my 2012 scrapbook albums for the children assembled. This process is always always much easier said than done as I have a tendency to become lost in the memories of each of the photographs.

These are a couple of my favs from when we visited Sea World on the Gold Coast with the Godfather that year. We adults were taking a few moments sanctuary from the midday sun under a canvas-sail that was covering the “touchy feely” pools. These are the pools that contain harmless sea creatures that one and all are welcome to touch. Poor sea creatures is all I have to say 😦

Anyways as the children delighted in these poor creatures noises could be heard overhead. Looking up towards the sound this is what you saw… 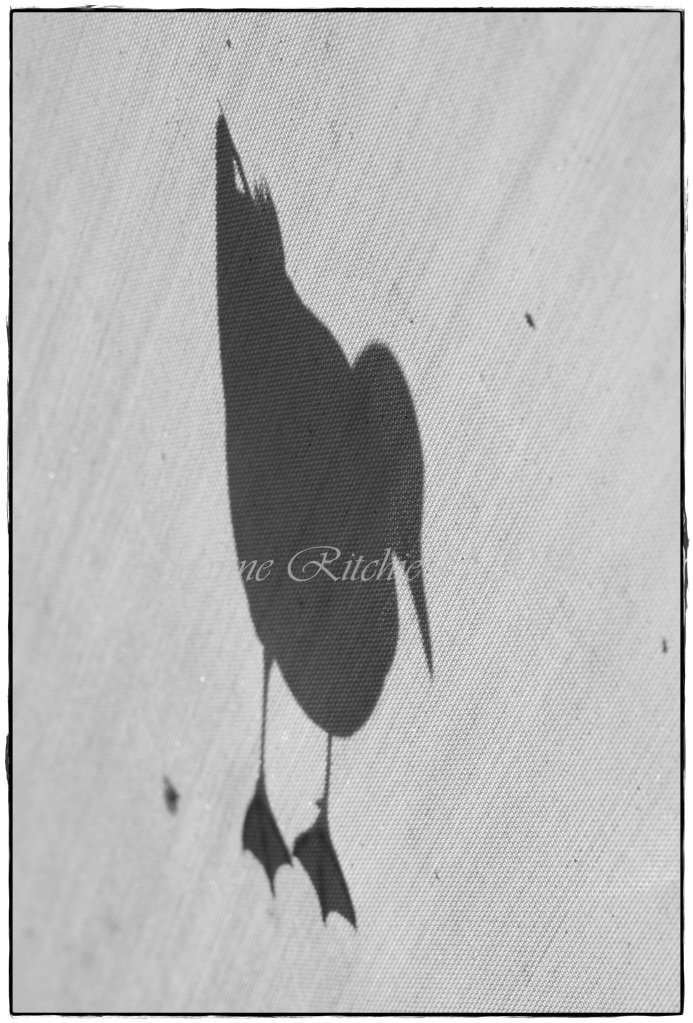 It was if these birds were putting on their own show – some were socializers whilst others seemed to be absorbing the moment. Too funny!

That canvas must have been so hot under their feet yet as they stood motionless was their inner-voice screaming… “mum, how much longer?”

So much for all that beautiful, fluffy snow that fell last night. This morning we woke not to the sound of snowflakes falling gently to earth but instead we woke to the sound of raindrops obliterating any sign of freshly fallen snow.

Looking out the window all that could be seen were decks that were almost naked once again and an awful sludge on the road. It was ugly, very ugly.

Fortunately I was inside on Operation Pavlova where timing was critical as I’d completely forgotten an 11am appointment I had today but my mission was executed according to plan with the end result better than hoped for the three desserts. If only I’d taken a photo. 😦

On returning home following my appointment however, looking out my kitchen window, I could see that one could learn a lot from Mother Nature. Originally I was simply admiring two ravens which I thought were courting in the sunlight that had fallen across the hillside.

Then I realized what I thought was snow on the hillside was actually a white bird, perhaps a seagull, sitting alone in the tree. The ravens weren’t courting, they were attempting to rid the tree of this visitor.

Only once did this creature fluff its feather, the rest of the time, even when a third raven was brought in to dive-bomb it, it sat unflinchingly. Kudos to the gull!

There’s no denying life can certainly be hard at times but this shows if you can sit still long enough it allows you time to see the forest instead of the trees. Keeping the big picture in view instead of being distracted by petty little things that cross your path can make the sun shine that much brighter for you.

I seem to be full of clichés this evening I’m sorry but being strong enough to follow your own path instead of following others on their path makes your life that much more fulfilling, more meaningful. As for those ravin’ ravens, seriously… “mum, how much longer?”

In the words of my children… “C’mon, where’s the snow?”

There had been a light snow-fall overnight but the morning rain was quickly dissolving all evidence to the contrary. A delightful day of fresh snow falling had been replaced with a cold, miserable day with occasional showers.

All was not lost however as the morning was gloriously misty! 🙂

Whilst gazing out the window, a flock of seagulls began flying in and around those bare branches which, if you look real close, you can just see the almost ghost-like appearance of one, its wings stretched out, at the top-left-of-center in the photo below. As I say, if you look REAL close, lol! 🙂

My bedroom window gives me yet another perspective of this bewitching mist, slithering between the trees as if it’s seeking the river to determine a direction to follow. 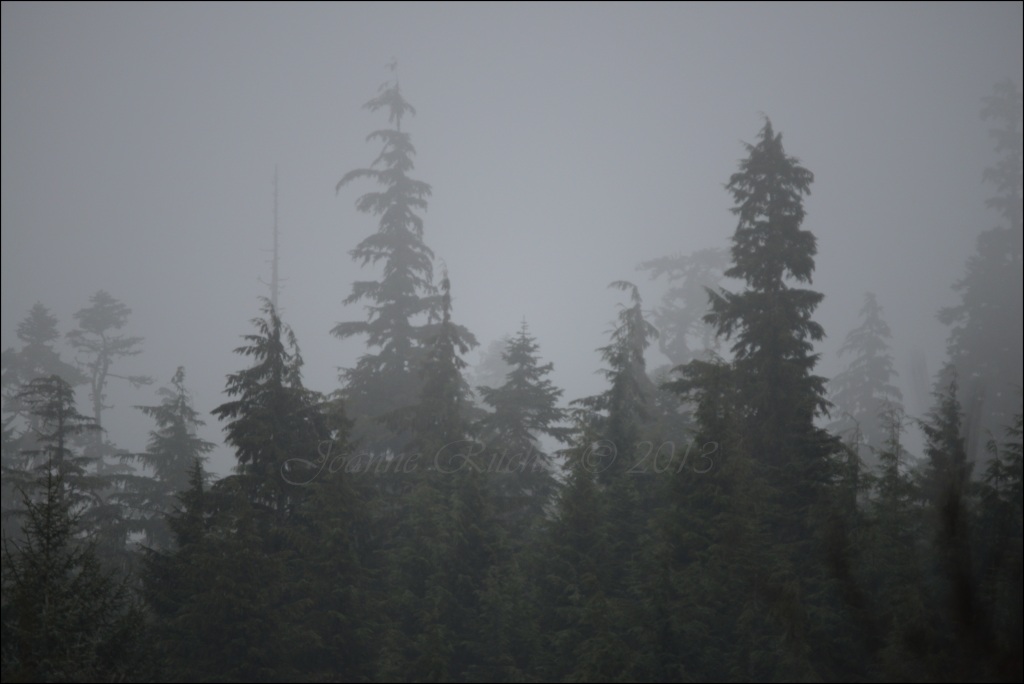 But  yes, this lack of snow is indeed a mystery. For the risk of repeating myself.. “mum, how much longer?”

And you think I know this how? The snow, the cold, the walk-in fridge on my back deck? NO!

I know this because the seagulls are back in town, resting on all the warm chimney’s around my neighborhood!

They’re cries are simply the norm out our windows now.

It’s so weird as they will disappear as suddenly as they appeared and sadly it will take us more than a few days before we even notice their absence.  Everyone place your bets… “mum, how much longer?”

Do you think this is the new mantra for Fergus or maybe I should simply move the bird feeder? 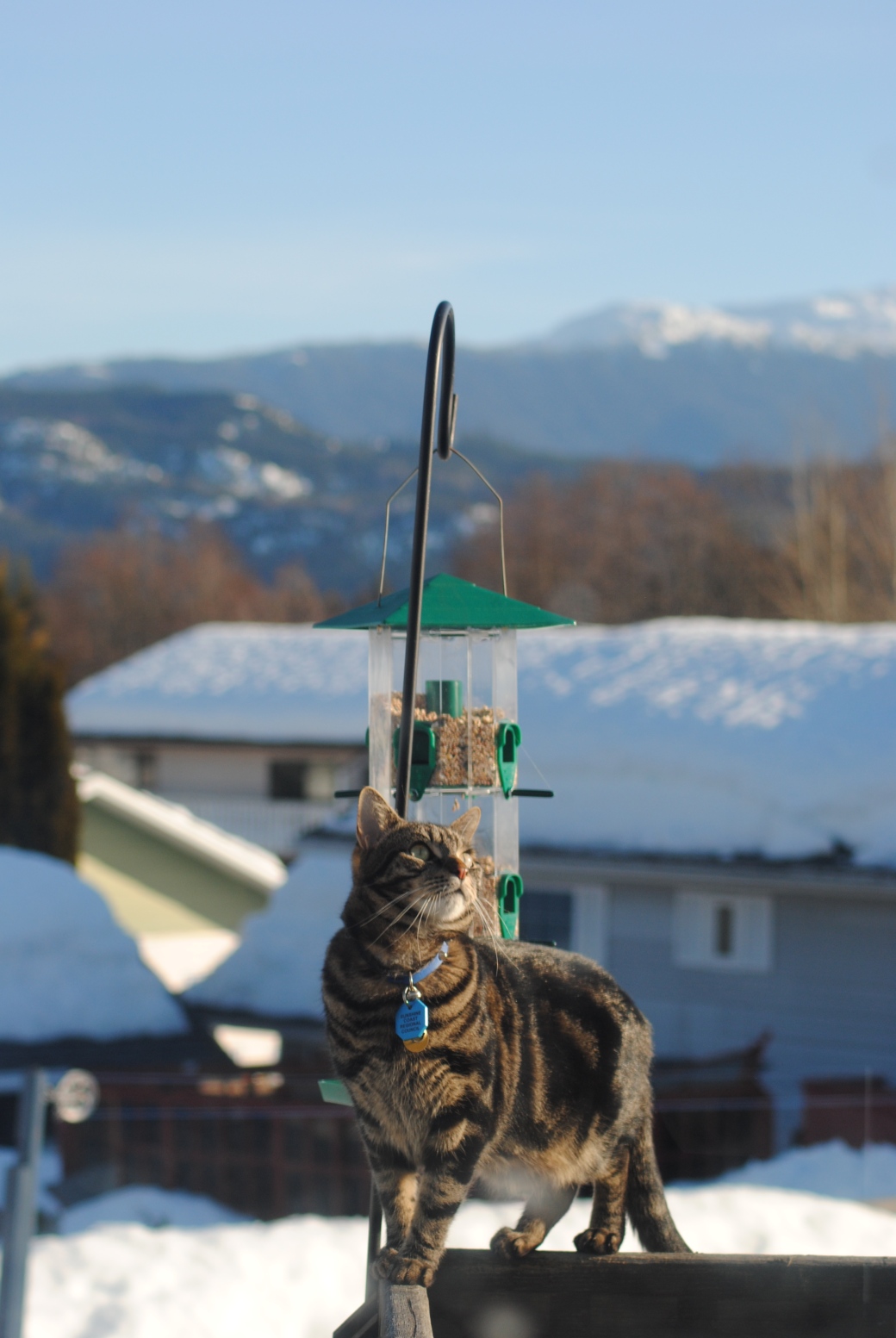 We haven’t had any birds visit us for a few weeks now and no, that’s not because this is the new warming spot for Fergus. Besides the fact I need to change the seeds I really don’t know why but there doesn’t seem to be any bird life around at the moment except for these seagulls that look as if they are on steroids. That’s who is above Fergus sitting on the guttering, no doubt giving him the claw!

With the exceptionally warm, sunny days we’ve had of late I’ve been expecting quite the cacophony of bird sounds from outside but there’s not a peep or chirp to be heard. With spring around the corner it does make you wonder just when they’ll be back… “mum, how much longer?”